VR/AR Reinforces the Message and Power of Wonder Buffalo 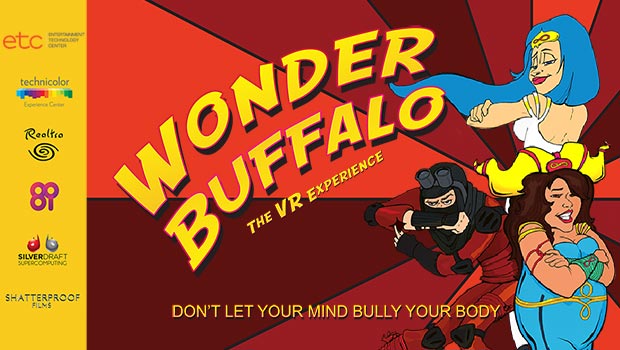 Technicolor provided an array of services on the Wonder Buffalo film including near-set dailies, sound mixing, and color grading. To accomplish a true “screen-to-glass” HDR production, the team used HDR tools on-set and processed the film entirely in HDR through post-production.

The Wonder Buffalo VR/AR companion piece incorporates photogrammetry, volumetric video, responsive audio and interactivity with CG assets. Director of Editorial, Scott Gershin and his team from The Sound Lab at Technicolor were on-set for the capture and mixing of sound. The Technicolor Experience Center was the all-important hub for bringing together the various teams, technology and resources needed, and Technicolor’s animation artists in Bangalore studio created the animation. These artists were instrumental in helping with photogrammetry, modeling, texturing, clean-up and optimization, as well as environment reconstruction and all the transformations from live action to comic book aesthetic.

Wonder Buffalo, directed Christine Berg, written by Christine Berg and Simon Shterenberg, and produced by Erik Weaver (Executive Producer), Lindsey Townley (VR Executive Producer), Brian Frager (VR Producer), and Drew Diamond (Producer) was made through the Entertainment Technology Center (ETC) at the University of Southern California (USC). Having worked with Technicolor previously on The Suitcase, the ETC@USC was again seeking a partner who could facilitate an end-to-end workflow working with multiple collaborators. They also wanted to explore the future of VR beyond 360 video with a partner versed in integrating VR into a film production pipeline.

Listen to the podcast of the Wonder Buffalo panel from VR on the Mountain!