When Laundry Gets Hacked by a Wild Bear 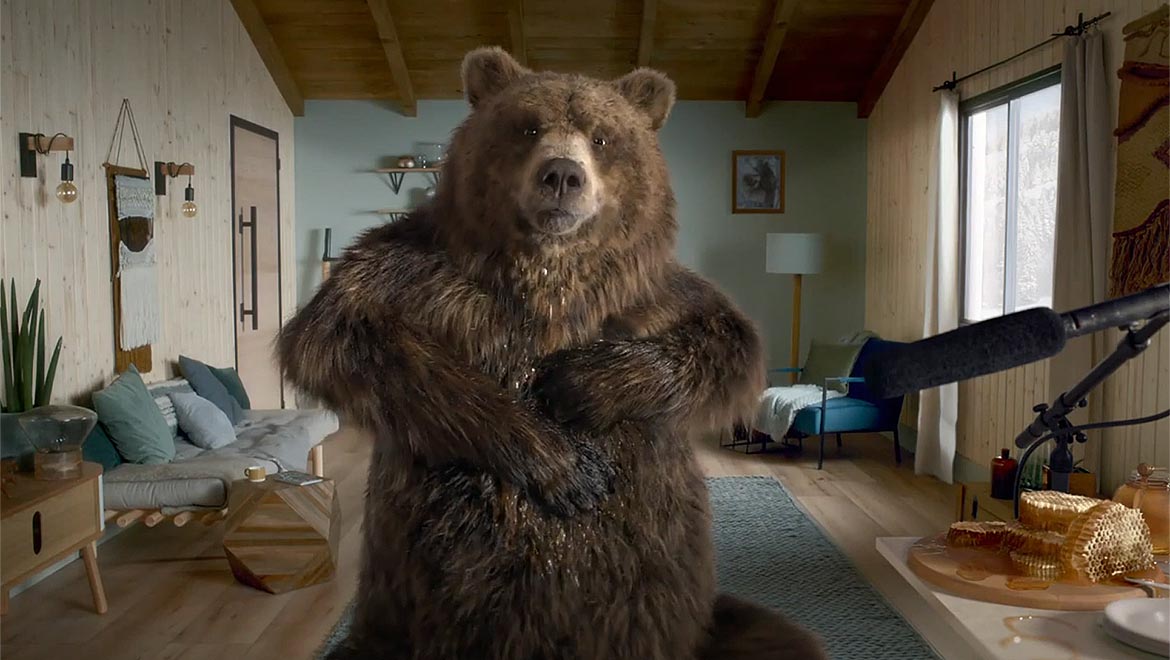 Technicolor’s MPC London and Mikros MPC Paris leveraged its global infrastructure, in partnership with agency Chiel, to bring to life an amusing wild brown bear who hacks into the laundry in the latest Samsung EcoBubbleTM spot.

Following the highly viewed 2013 ‘mockumentary’ that depicted the wild brown bear surprising a crew on a photoshoot for EcoBubble, there was a strong eagerness to bring back this funny and endearing character for Samsung’s new digital and print campaigns.

MPC London led the production and shoot during which an actor was filmed to provide early material for the edit as well as crucial acting references to the post-production team. Mikros MPC teams were involved early on, turning the 2D storyboard into 3D previsualization before the shooting began. The project then came back to the Paris studio for the entire post-production and then on to London for editing.

Mikros MPC met very challenging timelines, delivering two spots of 40 seconds each, in eight weeks and then an additional two in three weeks requiring the involvement of up to 30 artists for 3D asset design and animation.

This project brought together several fields of expertise including; character design, character animation, and integration of assets.

To create the assets, the teams leveraged their existing database of photorealistic animals and adapted the bear restyling the bear’s fur, reshaping his head, adding facial expressions and putting him in the standing position.

Additionally, Mikros MPC delivered and integrated multiple other assets such as the honeycombs and all the elements in the technical sequences. These sequences focus on the value-added functionalities of the EcoBubble washing machine, for which foam, dust, powder, and particles had to be created and seamlessly integrated in the spot. Specific attention was brought to the interaction of these assets with the bear’s pelt as it gets washed inside the drum of the washing machine.

According to Guillaume Parra, CG & VFX Supervisor at Mikros MPC, “The key challenge was to create and animate 80 seconds of the bear in a very short timeframe. It is always delicate, with a lot of trial and error, to find the right balance between photorealism and animal cuteness, which this central character needed to convey emotions and friendly human behavior while still remaining credible. After all, we were working with a wild animal whose facial physiognomy could make him look aggressive.”

He concludes: “This is what we love doing, making characters full of life! With the help of Henry Littlechild, the director, and of course our animators, our creatures express personality and the Eccobubble Bear showed he had a strong character and a lot of ideas!”