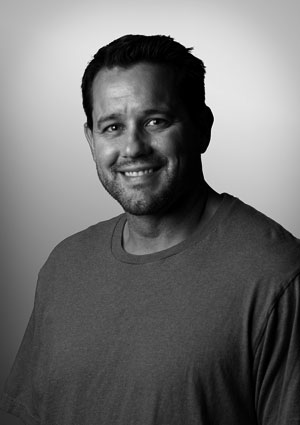 Little known fact about Scott: he had the highest free throw percentage on his high school basketball team.

Scott’s favorite film is the Jared Hess and Mike White comedy, Nacho Libre, and while his on-screen hero is Mad Max; he wouldn’t pass up an opportunity to don Nacho’s tights.

Scott thinks there’s some wisdom to the advice “don’t quit your day job,” and is committed to doing great work every time.  When not working, Scott enjoys spending time with his family and playing sports.

Scott’s credits for Technicolor include: