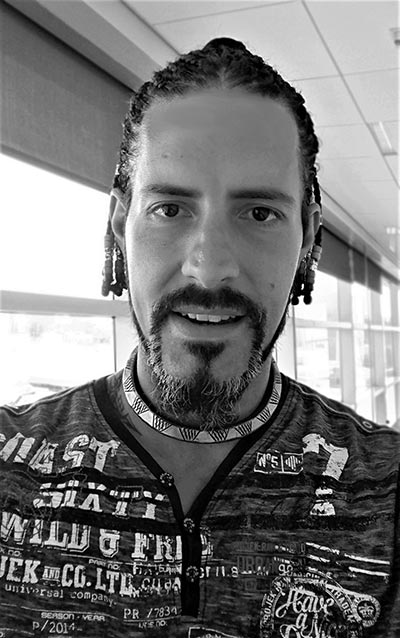 Tyrell joined Technicolor as a Junior Colorist in 2019, coming in with over seven years of professional color correction experience. He started his career at Digital Sandbox, assisting with DI color and VFX dailies color for films including Chasing Mavericks, Muhammad: The Messenger of God, and Point Break. After three years with Digital Sandbox, Tyrell continued to hone his craft at Company 3, where he worked as an Assistant Colorist on massive blockbusters including Star Wars: Episode VII – The Force Awakens, X-Men: Apocalypse, and Transformers: The Last Knight. During this time, he also took the lead as colorist on several indie features.

With a longtime passion for filmmaking, Tyrell pursued an education in film, completing his MFA in Directing and Film Production at USC. He developed his interest in color early on as a student while color correcting dailies, and after graduation, was connected by a colleague with Digital Sandbox owner Scott E. Anderson, where he began his professional career.

When asked what inspires his craft, Tyrell spares no hesitation explaining how nature, geographical locations, and cultures play a key role in his work. “Nature produces and reflects a magnificent pallet of colors and visual, breathtaking inspirations. Geographical regions affect the vegetation which in leu affects how color is reflected and perceived as well. Personally, I love golden warm colors and my thirst for rich vibrant colors is motivated and inspired by African cultures from Ethiopia, Egypt, Senegal, and Kenya.”

Variety Special
SOUNDTRACK OF OUR LIVES: A CELEBRATION FOR THE FILM & TV MUSIC COMMUNITY (Colorist) - 2020