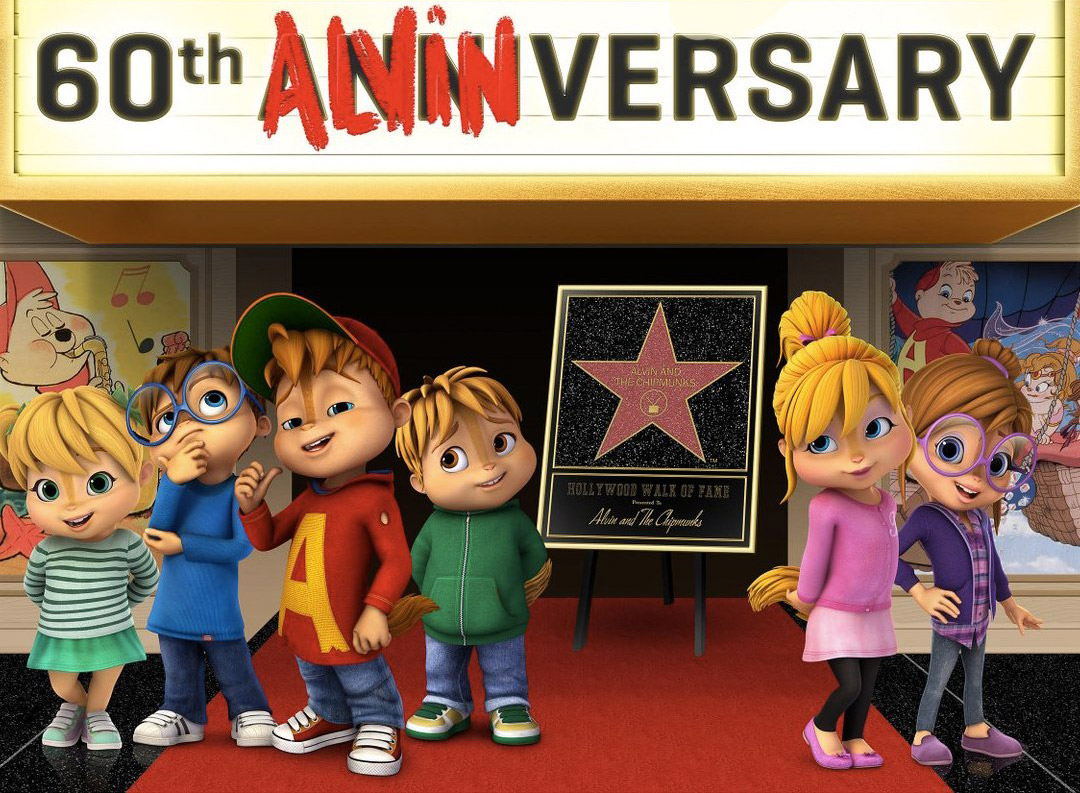 ALVINNN!!! and the Chipmunks

Technicolor has worked on all seasons of the beloved franchise’s latest animated series, entrusted with 200 episodes – and counting – of this top-rated show, created by Janice Karman.

Alvin and the Chipmunks has a long and storied history, created by Ross Bagdasarian Sr. in 1958 and popular ever since. The latest incarnation, the animated series Alvinnn!!! and the Chipmunks, launched in 2015 – and its popularity has made it not only a hit on Nickelodeon in the U.S., but the most watched children’s show in the five main European markets, which includes Germany, the UK, France, Italy, and Spain. The show has achieved the highest numbers across these countries, totaling 81.7 million hours viewed from January to June 2019.

Shortly after celebrating their 60th anniversary, Alvin and the Chipmunks received their star on the Hollywood Walk of Fame. Technicolor is honored to be part of this enduring and fun-loving Bagdasarian family legacy. Since the new series launched, Technicolor Animation & Games has worked on all seasons of ALVINNN!!! and the Chipmunks, along with Technicolor Animation Productions (TAP), the executive production arm of the business, and of course Bagdasarian Productions’ Janice Karman and Ross Bagdasarian, Jr. (son of the franchise’s creator).

It is the longest running show the team has worked on, with 200 completed episodes over four seasons – and a fifth season in the works as of this writing. The show has been picked up for sixth and seventh seasons as well – ensuring Alvin and the Chipmunks will continue to keep its audience around the world in 150 countries entertained for years to come.

Making the show is both a close-knit family business and a global production spanning three continents. Janice Karman created the new series and serves as writer, director, voice talent and production designer on all episodes. She, Ross Bagdasarian, and their two children Vanessa and Michael voice nearly all of the characters on the show, including all of the leads.

Setting the Tone, Right from the Start

When Technicolor Animation Productions (then OuiDo Productions) signed the co-production deal with the Bagdasarians back in 2012, the idea was to bring Alvin back to the screen as a fully CG animated episodic series. After being pitched for the first time at that year’s MIP event in Cannes, the French television station M6 signed on as the first network partner in early 2013.

When we were making the pilot, Technicolor was the most responsive to the changes we wanted to make and to the quality we were looking for...Janice set a very high bar and you could tell they were really committed to delivering the highest quality and wanted the show to be great like we did. When you look at the show, there’s not much else like it on television, and you’re not going to keep up that level of quality – over 52 episodes a season – unless people really care.

The Bagdasarians knew the look they wanted for the main characters, and the TAP team in Paris spent eight months creating and refining the CG characters with them, ensuring that the DNA and legacy of Alvin was preserved. The same team put in place a facial animation system that would allow the high-end animated facial expressions crucial to the quality of the show.

“Janice designed everything at the outset of creating the show, reimagining the characters and their world and the look that would work for an all-CG animated show. So when we first went over to Paris, we were looking to ensure we had the right creative partners with the right tools and technology to make the characters as expressive as the stories that Janice was writing for them,” Bagdasarian explains.

“We found the Technicolor team more than up for the challenge; they were able to get the most personality and attitude out of the characters, more expressiveness out of their faces. We came along at a time when things that were previously impossible with computer animation were suddenly becoming possible, and we found a partner who could leverage that technology and keep up with it as it continues to develop and improve exponentially.”

Technicolor Animation & Games involvement on Alvinnn!!! and the Chipmunks also began prior to Season 1, when the team worked on shorts and promos for the series. These would serve as development pieces leading up to work on the actual episodes, and were done in collaboration with the team in Paris.

“The core members of the team from Bangalore traveled to Paris to meet with the TAP team – along with show creator Janice Karman and her husband Ross Bagdasarian – to discuss the tone for the series,” recalls Kumar Chandrasekaran, Head of Production, Technicolor Animation and Games. “This was followed up by a visit to Bangalore by the team from Paris to help everybody there understand the requirements for the show and the desires of the Bagdasarians.”

Significant time was spent at the start of Season 1 in refining a look that would work in CG and also stay true to the history of Alvin. “We used a more painterly feel with a mix of CG assets and digital mattes blended together,” Chandrasekaran explains. “This gives Alvin a really unique look, which has evolved even further as we’ve been working on the show over multiple seasons.” 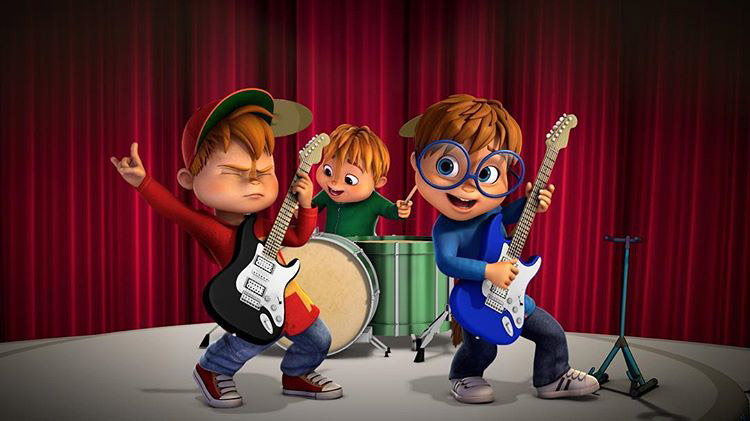 Working Out the Workflow

The collaboration between the Bagdasarians and Technicolor teams in Paris and Bangalore grew even stronger as production on the show got fully underway.

“Since the beginning, we’ve had a team of 15-20 people in France working with Bagdasarian Productions on pre-production for the show – working on the designs [characters, backgrounds, props, FX] and the textures and colors,” explains Sandrine Nguyen, Managing Director and Executive Producer, TAP. “This is all in direct collaboration with Janice, who oversees the artistic direction. Any scripts or storyboards worked on in Paris require close collaboration with Janice as well – as she also serves as show runner [among her many roles].”

The Technicolor Animation team in Bangalore is responsible for the whole animation production pipeline, from assets to final output, with constant feedback being incorporated from TAP and Bagdasarian Productions, the IP owners. This entails creating the assets, executing the layout and animation, then proceeding with the color; lighting, rendering, and compositing, which is also done in France; and VFX work. They deliver final edited output as Apple ProRes QuickTime movies for broadcast.

“The Animation team works closely with TAP right from the asset phase, when input on the designs and their viability for CG platforms are shared,” says Chandrasekaran. “Once the CG assets are created, the same process is repeated for the animation stage, where the teams collaborate on transitioning the 2D animatic to a 3D animated episode. Finally, the animated scenes are lit and composited, with VFX added in as well.”

Animation is the area that gets the most glory,” says Bagdasarian, “the personality, the expressions, the gestures, the performances. But the Technicolor team is also incredibly talented in the way they handle and execute the lighting, the color, the special effects. All of these elements come together so that you have not only great performances, but a great look and a great environment to help tell your story.”

“The entire pipeline has been designed and developed by Technicolor,” adds Chandrasekaran. “It runs through Shotgun, and with an in-house seamless sync server, we’re able to share work with the post-production team in Paris, which handles a third of the lighting and comp work.This basically makes Alvinnn!!! a production that is actively being worked on, simultaneously, on three continents [including Bagdasarian Productions in Santa Barbara, CA].”

For more detail, see how the workflow breaks down in the accompanying infographic.

Creative Opportunities to Preserve – and Evolve – the Legacy

From the beginning, Technicolor has built a strong relationship with the show’s creator Janice Karman and husband Ross Bagdasarian, and are invested in helping them preserve the legacy of Alvin while telling new stories – and bringing their beloved creation to a whole new generation fans.

As such, the Bagdasarians have been a constant source of support and motivation for the team, providing valuable feedback and even traveling to Bangalore to meet up with them on a couple of occasions.

“When I met with Ross and Janice,” recounts Chandrasekaran, “they gave me a piece of Alvin memorabilia from 1963, and we have made it a monthly rolling trophy awarded to an artist chosen by them. In fact, anytime a piece of animation or anything else stands out, it is always called out with a congratulatory message.”

Despite an intense delivery schedule, the Technicolor team is inspired by the Bagdasarians to continually improve upon past seasons – for example, by making continuous refinements in the animation style, adding in new assets (in Season 4, the numbers neared 450 characters, 250 sets, and 650 props), and increasing the complexity of crowd animations and FX simulations. They’ve also evolved the lead characters over the seasons.

“Like the Technicolor Paris team, the team in Bangalore – about 125-130 people – are incredibly talented and creative,” says Bagdasarian. “They take real pride in their work and you can see that Alvin is personal to them, too. We not only have great respect for them and what they do, but consider them friends. They not only want to meet the level of quality that Janice has set, but they’re always challenging themselves to do it even better – season after season. That's when you know you've got good partners.” 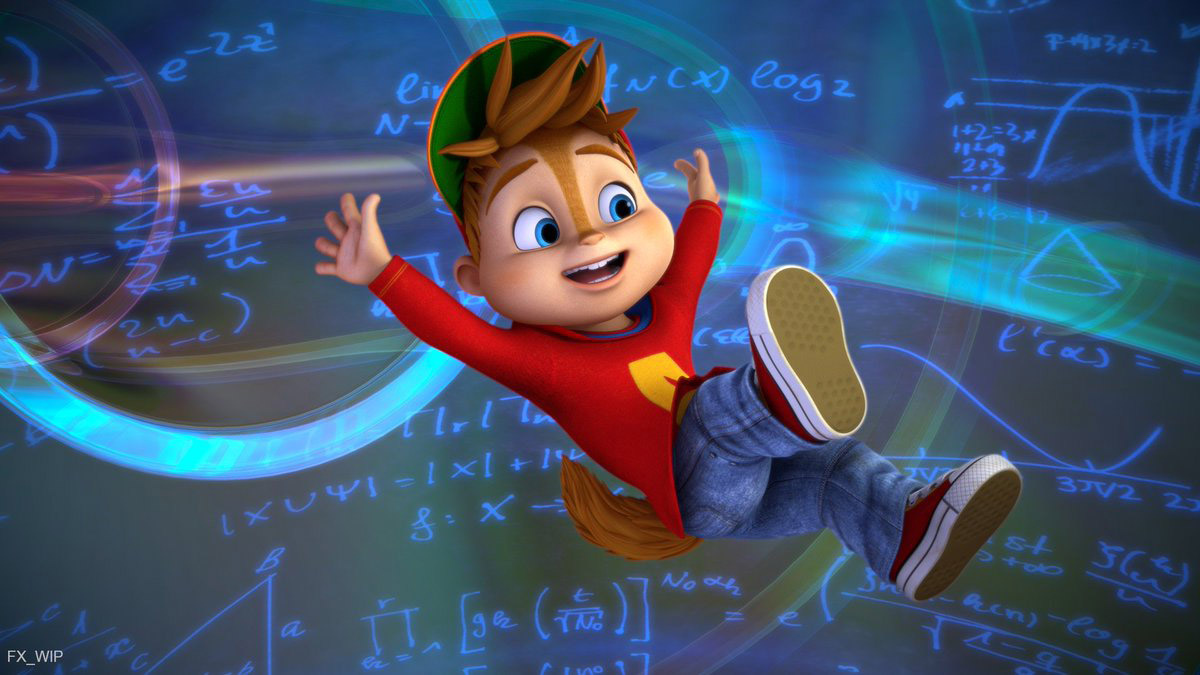 “As the animators get a deeper understanding of the personalities of the characters, they can add more nuance to the performances,” explains Chandrasekaran, “and that helps keep our work on the show fresh and interesting. That’s why, as the number of episodes keeps increasing, we’re able to bring a clear evolution to the characters and their performances over the seasons.”

“As Janice continues to make the show, she’s always looking to make it better and push boundaries,” says Bagdasarian, “whether it’s setting it in new worlds, presenting the gang in newly entertaining ways, or creating something really special, like the Christmas double episode coming out for the next holiday season – a spectacular, beautiful-looking, magical show with a truly original story idea. And again, the team at Technicolor has done another outstanding job. It was very involved, very challenging and nuanced with special effects – but they always rise to the occasion.”

Concludes Chandrasekaran: “It’s not every day you get to work on properties that have such a fantastic history and legacy – as well as working so closely with the extremely passionate and inspiring Janice and Ross Bagdasarian who support the team and trust us with their much-loved characters and hilarious storylines.”