Alex Rider is a Colorful Mix of Drama, Action and Suspense

Wheeler filmed the series in Romania and London on two Alexa minis using a ProRes 4444 UHD capture format and vintage Cooke S2 lenses. Wheeler and Coles discussed the look for the series a few weeks before production started, adopting a collaborative approach to the grade.

“I once again joined forces with my regular collaborator Dan Coles at Technicolor for Alex Rider,” said Wheeler. I have a long-standing relationship with Dan and the team at Technicolor London, having done numerous projects with them over the years and I always know I'm in good hands and great company.”

“When I found out I was going to be involved in helping Eleventh Hour Films and Sony Pictures tell the incredibly successful stories of teenage spy Alex Rider I was very excited, especially as my son had been reading and loving the books by Anthony Horowitz,” said Coles.

“This was my first time working with directors Andreas Prochaska and Christopher Smith – they were both fantastic and had lots of great ideas in the grade,” Coles added. “And working with Ben Wheeler once again, I knew it would be a very creative and collaborative experience. Since we first worked together several years ago, I’ve been a big fan of Ben’s style. He shoots in an incredibly cinematic way – and I’m always impressed at the quality and depth of his work.”

Coles went on to discuss his close collaboration with Wheeler on Alex Rider:

“Prior to production, we discussed the look for the series as well as some early camera, costume, lens, hair and make-up tests. Ben used a show LUT derived from the shooting LUTs that we have developed and tweaked over the years together. This helps us achieve what is fundamentally a naturalistic and filmic style.

“The look embraces cooler bluer and cyan tones to give a distinctly print-like feel that has a good level of richness, pop and color saturation – all whilst achieving a softer feel to highlight and shadow detail. 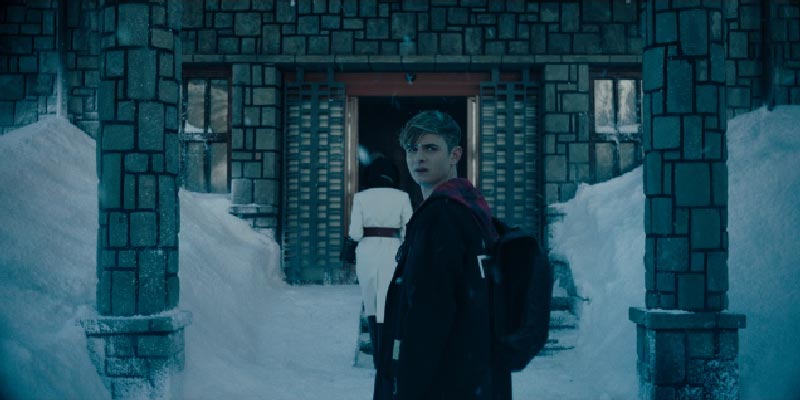 “For Alex’s London home, the school, and many other setups, we stayed quite close to this look. Some of the sets were intentionally quite dark and moody – especially Point Blanc and The Department. This gave us a chance to really embrace the mood in the drama whilst using shapes and selective contrast to add depth and accentuate the character's expressions.”

With significant experience grading features and episodic productions, Coles is adept at getting the best out of the material, and in doing so crafting and finessing a look to elevate the story.

“One outdoor stunt scene was particularly challenging and memorable for me,” said Coles. “It was shot over a number of days – this gave me lots of challenges in terms of matching the shots, particularly where we had some changeable weather to contend with; but I feel we managed to create a seamlessness to the shots that flows narratively.”

Coles also managed the HDR delivery, ensuring the picture quality was enhanced subtly and with precision.

“The HDR aspect especially was a pleasure,” concluded Wheeler. “The best experience I’ve had with the system as the trim pass tracked our images impeccably, maintaining our look throughout the process and subtly enhancing the pictures without the heavy-handed approach we occasionally see with HDR.”