Award-Caliber VFX by MR. X Ripples Throughout The Shape of Water 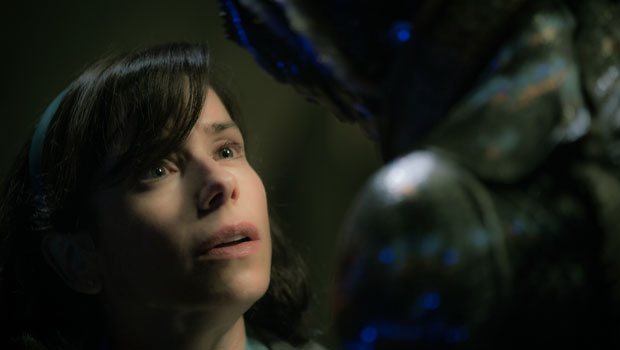 Continuing their long-running relationship with Guillermo del Toro, Technicolor’s MR. X has joined the director once again for his latest project, the highly-anticipated The Shape of Water. MR. X and its VFX team partnered with the filmmaker in all stages of production, providing all of the visual effects that would enable del Toro to bring his world and its “classified secret experiment” to richer life. The team’s contribution to this visually distinctive, genre-bending masterwork has already been recognized as an awards contender, with The Shape of Water’s early selection as one of 20 films to advance in the visual effects category at the 90th Academy Awards; and additional VFX nominations for Critics’ Choice and Satellite Awards.

The Shape of Water is a Cold War era fantasy-drama set in Baltimore circa 1962; it explores the bond that forms between a mute cleaning lady at a government research lab and the amphibian creature being held there after being captured in the Amazon. The director’s primary mandate was that the audience needed to fall in love with the creature as much as the film’s heroine. To make him more human and lovable, seamless digital prosthetics and performance were added focusing on his eyes and working outward, depending on the needs of a given shot.

The process began with scans of actor Doug Jones in various iterations of the form-fitting costume he wore as the creature. Animation was guided by scans of his facial performance and augmented by post effects such as bioluminescence or additional wetness, resulting in an enchanting, state-of-the-art mix of both practical and digital effects. Some situations required a fully CG digital double of the creature, combined with digital animation and CG environments. A substantial portion of the VFX work was realizing water and fluid effects under many different scenarios.

The animation rig for the creature developed at Mr. X in Maya allowed for triggered tension maps, which created subtle wrinkling and bunching of the skin as well as capillary action in the final renders – adding a subtle element of life to the costume, and greatly expanding the creature’s capacity to emote and connect with the audience.