Billie Eilish: The World’s a Little Blurry Comes into Focus with Technicolor

Technicolor’s Unscripted and Marketing Services groups helped bring never-before-seen details of the musician’s life to screens through post-production on the feature and subsequent marketing campaign. 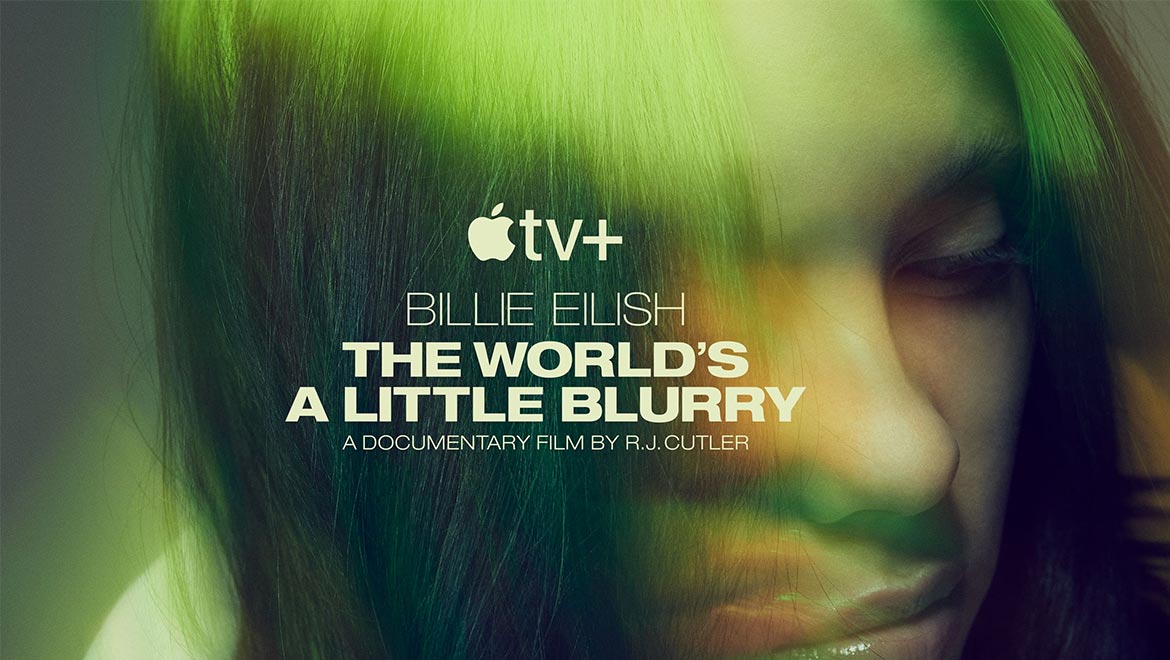 Billie Eilish: The World’s a Little Blurry, directed by R.J. Cutler for AppleTV+, follows the incredible rise of musician Billie Eilish, from her debut song ‘Ocean Eyes’ at age 13, through the recording of the album that changes her life forever, launching her to stardom. Part documentary, part concert, part coming-of-age, the movie covers some of her most notable moments, ranging from her traveling the world and scooping up Grammys, to the more relatable and humbling moments of adolescence, such as getting her driver’s license.

Technicolor’s Unscripted team oversaw post-production for the long-form documentary, working hand in hand with the Marketing Services group to deliver the movie’s subsequent marketing campaign. By providing the client with a complete experience, from the creative color finishing to the final marketing, Technicolor was involved every step of the way.

Additionally, the Unscripted group has developed a workflow (used on this feature and others) to help cultivate and create opportunities for rising star talent within the company’s pool of artists: a senior colorist is partnered with a talented up-and-coming colorist to collaborate in setting a project’s look and then allows for the project to be carried through completion by the ascending colorist, which includes driving all supervised sessions and building a rapport with filmmakers. This methodology helps to build a network and foundation for the next generation of artists.

For the Billie Eilish project, senior colorist Doug Delaney was paired with colorist Jeff Pantaleo, reuniting the two after working together on Captain Marvel. Delaney initially set the key looks alongside cinematographer Jenna Rosher; then once it was pointed in the right direction, he passed the torch off to Pantaleo to continue with the HDR and SDR grades and run future sessions with Rosher and the director, R.J. Cutler. While Delaney would check in with him time to time and give notes, Pantaleo did most of the heavy lifting from then on.

In regard to the look, Delaney explains, “It’s a lot of found footage. While we wanted to let it be what it is because it’s behind-the-scenes or shot on iPhones, we also wanted it to integrate well with the rest of the show. We wanted to present Billie, her brother Finneas, and their family in a good light. We wanted her to look good, vulnerable when she needs to be, so we as an audience can connect with her.”

Pantaleo did a pre-grade pass, where he balanced the entire show to the set looks. Then Rosher came in and together, they spent around a week fine-tuning. Pantaleo explains, “With it being documentary, a lot of it was Jenna’s footage, but a lot of it was archival, iPhone footage from other sources; so much of our work was balancing that in with everything she shot for the show. Once we felt it was in a good place, we brought in the director R.J. and he provided his direction. We worked together to make sure that Billie looked great, and that the color provided a good compliment to the narrative of the story.”

The bulk of Pantaleo’s past work can be seen on the big screen, in large-budget feature films. Working on a documentary, however, presents unique challenges, due to the more spontaneous nature of shooting. Of the challenges, Pantaleo explains:

“In the features I’m working on, almost everything is shot on the same camera, and all the shots are designed with a specific aesthetic in mind. In a documentary, you’ve got maybe half of the footage shot that way and the other half is iPhone footage, it’s film stock, it’s still photos, it’s all these different archival elements that have different textures and different color tones. Getting that all to match in with what was shot by the DP was the biggest challenge. We worked on concert scenes where, editorially, we had footage from 4 or 5 sources, and we had to make sure that the found footage blended in seamlessly with Jenna’s footage.”

He continues, “As a verité film, Jenna was completely immersed in the lives of Billie and her family, which also means the environments are lit naturally.  The imagery she was able to capture this way was remarkable, and during the grade we were able to lean into the existing light to shape certain scenes and give them a final polish.”

In addition to the work provided by Delaney and Pantaleo, Randy Rigg served as the assistant colorist, Molly Nolan provided online editorial and Stephen Newnam produced the feature post-production. When Cutler needed to work remotely, he was sent an iPad Pro with TechStream accessibility to view the grade in the final week of post.

Technicolor Marketing Services helped finish over 60 spots for the documentary, which included a mixture of promo spots for platform, off-platform, broadcast, and various social platforms. Jonah Braun assisted with the marketing color, with Patrick Phillips handling the marketing editorial and Jacquelynne Belardi and Megan McCoy producing.

Concludes Pantaleo, “It’s gratifying to finish any project, but even more so when it reaches such a wide audience and is well-received. It’s a great feeling to be part of something so big.”

Billie Eilish: The World’s a Little Blurry is now available to stream on AppleTV+.