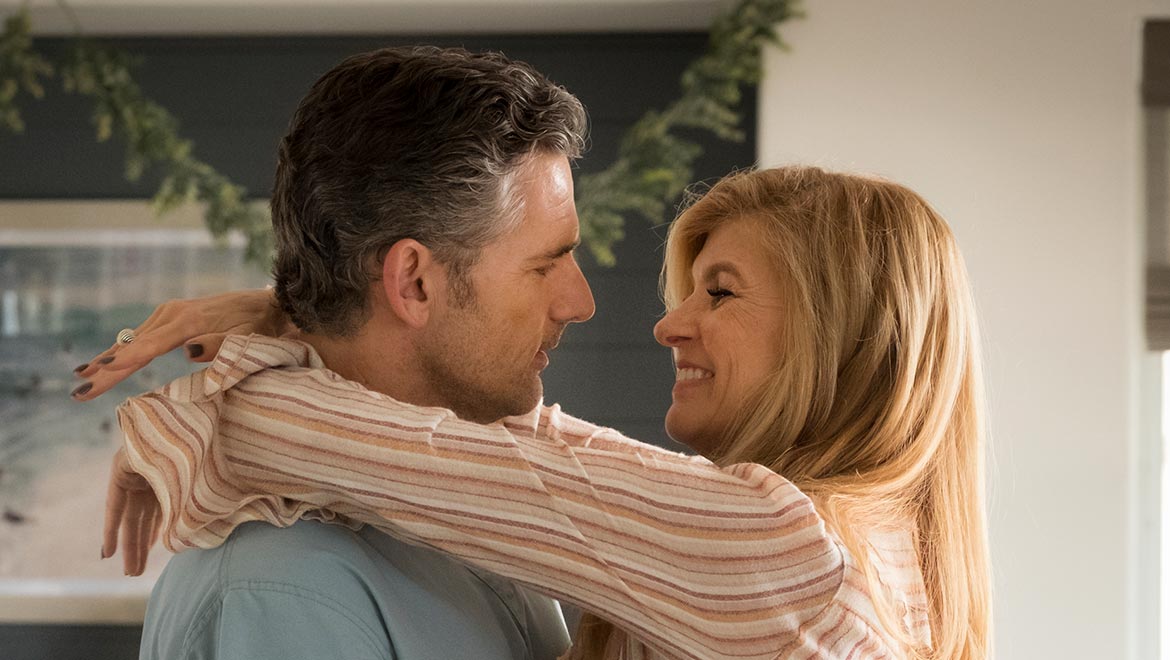 In the ever-evolving landscape of media trends, the popularity of podcasts is on the rise. Fan-favorite podcasts have been adapted into television series, and due to their success, many additional episodic series based on podcasts are in development.

Dirty John follows the story of a successful interior designer, Debra Newell (Connie Britton), who meets a seemingly perfect doctor, John Meehan (Eric Bana). After knowing him for just a handful of weeks, Debra becomes enamored with John, and the two secretly marry. Her family, however, does not fall victim to his charm and becomes increasingly suspicious. What begins as a fairy-tale romance, soon develops into a nightmare of greed, abuse, and eventually murder.

With a focus on a nightmarish romance gone wrong, it’s no surprise that chart-topping podcast Dirty John was green-lit for broadcast on Bravo and streaming on Netflix. To create the look of the series, Technicolor’s Pankaj Bajpai, VP, Finishing Artist and Business Development, worked closely with cinematographer Todd McMullen, with whom he’d collaborated previously on Aaron Sorkin’s acclaimed HBO series The Newsroom. Reconnecting on Dirty John, they had deep creative discussions about how to develop distinct visual styles for storylines in the show that weave through different time periods.

The series was shot on Panavision’s DXL2. Working natively with the R3D files Technicolor’s post workflow maintained the original 16-bit acquisition in 4k and 6K respectively. Baselight X and Conform pipeline enabled both the color and editorial teams to work off the same media across various timelines interactively and always sourcing RAW camera originals.

Scenes set in the contemporary world were shot with spherical lenses in 4k. For the scenes set in the past, Todd used a series of anamorphic lenses shooting in 6k resolution. Complementing Todd’s cinematography, Pankaj made use of true film emulations developed by Technicolor’s color scientists utilizing data computed from real film stocks and photochemical processing. This unique advantage from Technicolor’s history and deep understanding of both photochemical and digital mediums was immensely helpful in developing the visual treatment needed to correlate with the various narrative elements. Pankaj explains, “When you look at images from the 70s or 80s, it evokes a specific feeling. What Todd does in lighting and the optical choices of lenses and filters, when combined with color grading, results in a nostalgic look and feel of that vintage media akin to Agfa and Fuji film stocks.”

Asked how color informs the story, Pankaj continues, “When the audience is first introduced to the series, it feels very happy and cheerful. After a few episodes, however, it starts to feel darker. We wanted the transition from Debra’s cheerful and bright life to one of an absolute nightmare to be represented on-screen.”

In addition to color-finishing, Technicolor teams were also enlisted for dailies, online editorial and VFX on the series. Dailies color was completed from start to finish by Larissa Mills out of Technicolor’s Burbank facility.  Technicolor provided media – AVID DNX files – for editorial, Quicktimes for PIX viewing access, DVDs, and separate promotional renders for Bravo. Online editors Ivy Sarreal and Berto Zavala played a heavy role in the assembly of the series.

Don’t miss a minute of how the story unfolds by tuning in Sundays on Bravo.