The Future of VR Hinges on Social and Interactive Engagement

Here he talks firsthand about the vital role of social interaction and multi-user embodiment in VR environments. 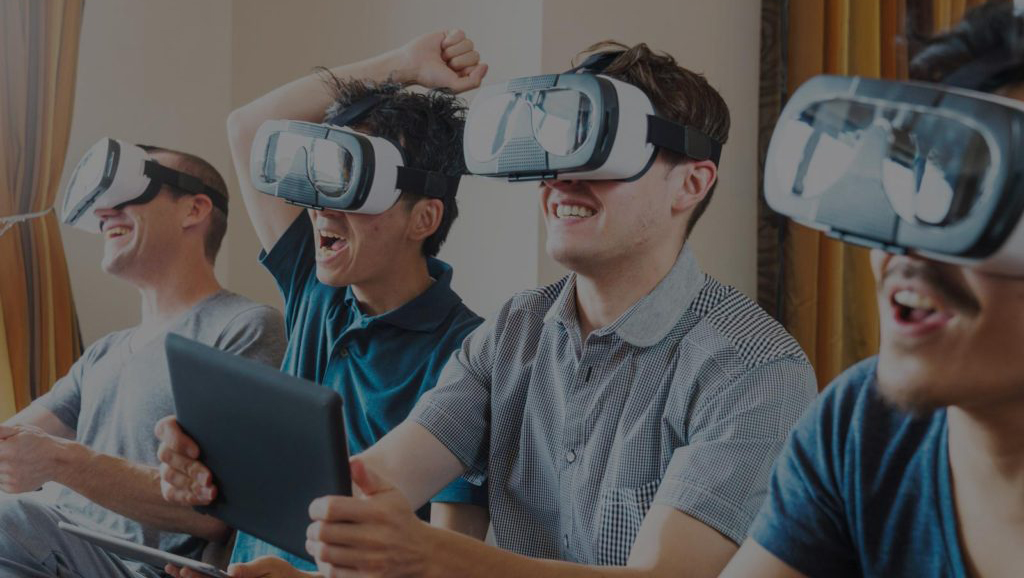 Technicolor Principal Scientist Nicolas Mollet recently had an innovative, winning project featured at Laval Virtual 2017, the premier showcase for new and creative technologies in Virtual Reality (VR) and Augmented Reality (AR). Here he talks firsthand about the vital role of social interaction and multi-user embodiment in VR environments. Making the VR experience more interactive, realistic, and social – with multiple users engaging with real-time content – will be a key driver for the adoption and success of immersive media going forward. Learn more about this award-winning project and the work being done to connect users inside of immersive experiences by listening to the podcast above or reading the Q&A.

By some estimates, the VR market, including both hardware and content, is poised to hit $30 billion by 2020. VR is already transforming gaming and entertainment, and it’s finding new uses in a variety of other areas, from medicine to business.

Technicolor is leading the charge for VR innovation, and Nicolas Mollet, Principal Scientist and Researcher at Technicolor, embodies that innovation perfectly. In fact, Mollet recently received accolades in the culture, arts and heritage category for the 2017 Laval Virtual Awards for his work on “Embodiment and Multi-users VR Media,” a project that integrates real-time content into VR media that also lets multiple people experience it, making the VR experience more interactive, realistic, and social.

The Laval Virtual Awards are presented by an international jury of specialists and presented at Laval Virtual, an annual event in Europe showcasing innovations and new technologies, especially in virtual reality and augmented reality. We caught up with Mollet to hear more about his award and his work.

Thank you for taking time with us today, Nicolas, and congratulations on your Laval Virtual Award. Please tell us little bit about the work you entered into the Laval Virtual competition, and the award that you received.

Mollet: We have been showcasing our “Embodiment” demonstration, which shows how we can mix real-time content with the physics of video that allow you to be embodied in the content. This gives users a real-time body that is able to interact with objects inside the video. Everything around you is video, but you can interact with it. And the demonstration was also multi-user, so it was the first time you had an interactive multi-user movie in the world.

What was it that Laval recognized, as they selected you from many other innovations?

Mollet: Laval Virtual is a very established virtual reality event. It started back in 1999. And it’s actually the biggest VR and AR event in the world in the scientific community. This year there were between 200 and 250 demonstrations on-site. So, it was a huge recognition for us because it was a huge community of experts who really specialize in VR and AR and we saw very nice comments such as, “it was really the most innovative demonstration we saw at Laval, very different from the others.”

And it also included a game engine?

What’s particularly noteworthy is that that there’s still many people who believe that virtual reality, in particular, is separate from augmented reality and mixed reality. Virtual reality still has a reputation for not being very social. You’ve showed with this demonstration, in this technology development, that you can make it social. What do you think is the future of social in virtual reality?

Mollet: Yes, clearly—as you’ve mentioned—the problem of isolation is a huge problem.  People can be isolated inside their HMD [head-mounted display]. But if we project a little bit further, virtual reality technology can actually allow you to be connected altogether across great distances and also within the home with a different set-up.

Stand-alone HMDs today are the most convenient way to consume virtual reality.  But in the future you can really imagine a collaborative platform based on technologies that are in the home which could enable people to social and connected to the people in a number of different ways. I think this ability to connect with other people – at home and outside the home -- will trigger adoption of immersive experiences. So social, for me, is crucial.