Director Gina Prince-Bythewood’s gritty action thriller is one of Netflix’s most watched Original Movies of all time. 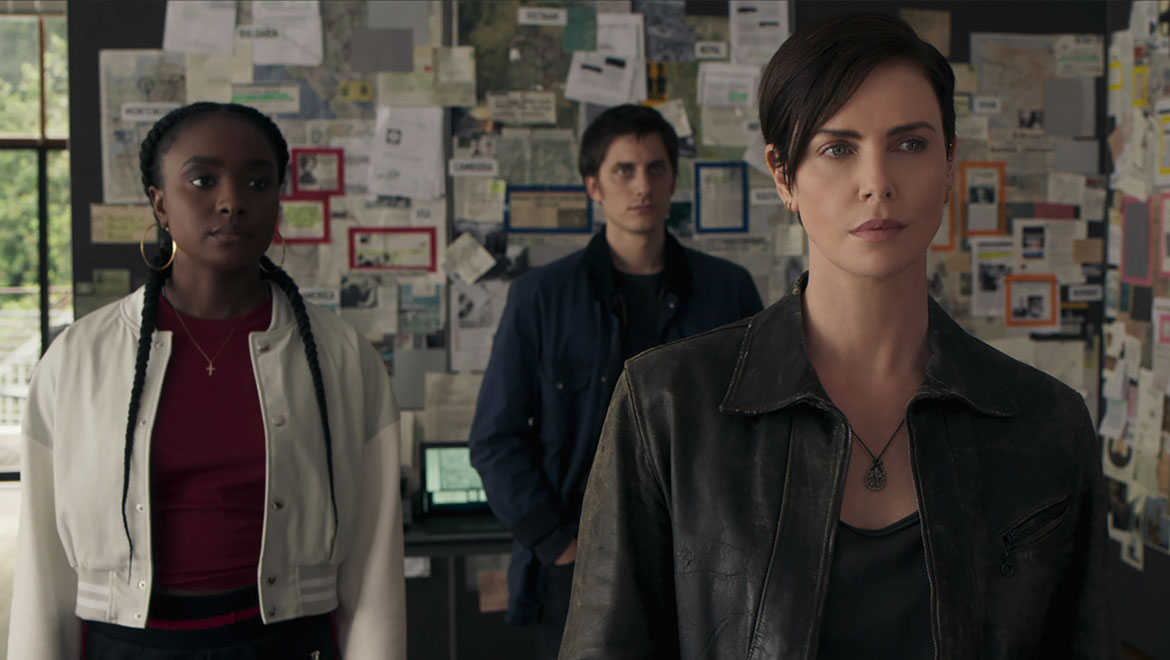 Led by a warrior named Andy (Charlize Theron), a covert group of tight-knit mercenaries with a mysterious inability to die have fought to protect the mortal world for centuries. But when the team is recruited to take on an emergency mission and their extraordinary abilities are suddenly exposed, it’s up to Andy and Nile (Kiki Layne), the newest soldier to join their ranks, to help the group eliminate the threat of those who seek to replicate and monetize their power by any means necessary. Based on the acclaimed graphic novel by Greg Rucka and directed by Gina Prince-Bythewood (Love & Basketball, Beyond the Lights), The Old Guard is a gritty, grounded, action-packed story that shows living forever is harder than it looks.

Working with overall VFX Supervisor Sara Bennett and VFX Producer Lisa Kelly, from techvis through post production – and through a transition to work from home when the pandemic struck – Technicolor’s MR. X delivered nearly 300 VFX shots for the film, seamlessly between its Toronto and Bangalore studios.

MR. X VFX Supervisor Ben Mossman notes that: “Gina (Prince-Blythewood) and Sara (Bennett) wanted everything to be as realistic and seamless as possible throughout the movie. As the film is rooted in the actor’s performances, it was up to the team at MR. X to make sure that digital backgrounds, characters, and vehicles would be undetectable by the audience.”

The bulk of MR. X’s work centered around character Steven Merrick’s penthouse; face replacements; and a full CG plane build.The MR. X DMP team created views of modern day London from Merrick’s penthouse from references shot on set to cover three main views out of his windows. For the plane build, the MR. X team created a hero DC-3 airplane for a sequence shot in Morocco and on a stage. The plane had to hold up in both wide and close-up shots, so the VFX team paid close attention to make sure the plane was realistically animated.

During fight scenes in the penthouse as well as on the plane, digital faces were required to replace stunt actors’ faces. To make sure the replacements were undetectable, scans and references were provided by production, which MR. X used to base the models and textures on. Facial and animation references were pulled from other scenes in the movie to assist with the likeness and movement of the actors.

One of the most challenging sequences was the penthouse fight at the climax of the film. In this scene, our hero Andy (Theron) faces off with Merrick (Harry Melling) – ultimately ending in Merrick meeting his death after falling from a window during the fight. The sequence was originally called the “Leap of Faith” – but after a story change, it quickly became known as the “Leap of Death.” Techvis and previs had been done in the early days of the shoot to help the production side team establish what this shot would look like – which ended up being multiple plates of the actors jumping out of the set in a residential house along with a stunt plate of the actors on wires and a CG London environment – all being stitched together into one epic shot!