With super long shots and lots of action, Technicolor’s MR. X tops itself – creatively and technically – for over-the-top Hellboy. 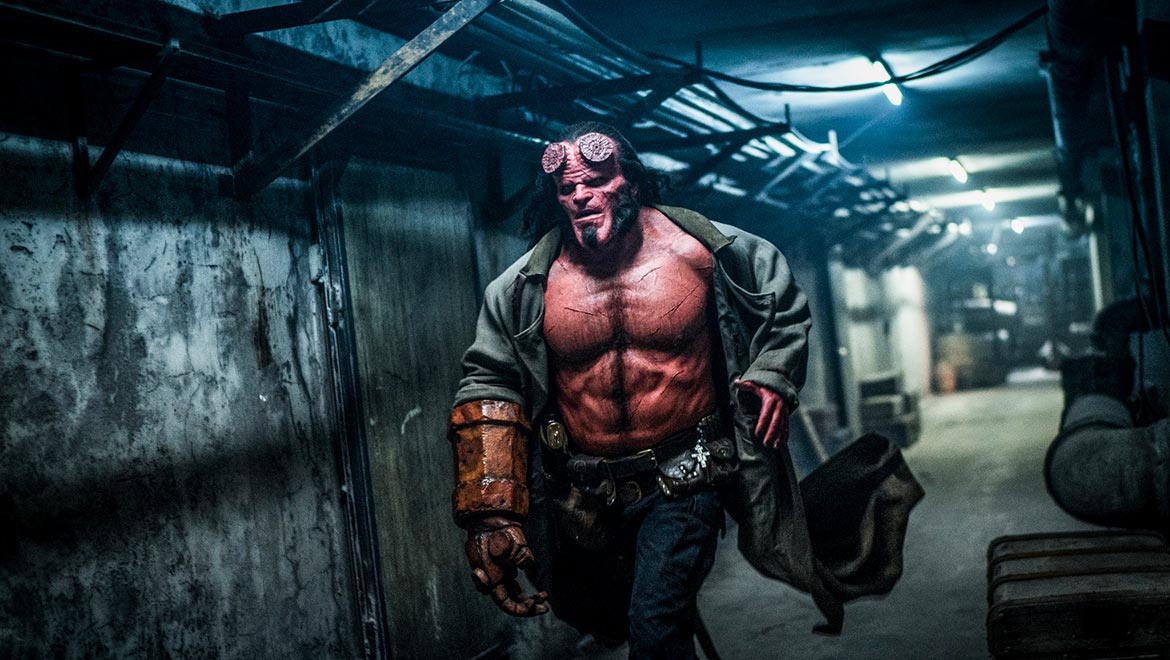 MR. X has done it all before, creatures and monsters, beautiful interior environments, epic exterior environments. But for Hellboy, it was all incredibly amplified and reached new heights. As the MR. X team dove into the creative challenges, they also found that the technical requirements for Hellboy went far beyond your typical production.

“To give you an idea of the vastness of the job,” explains MR. X VFX Supervisor James Cooper, speaking from Thailand where he’s working on Spike Lee’s new movie, “we’re talking about 2278 frames that all had to be rendered in full CG. It would require 2.1 million render hours and over a petabyte of storage (a million gigabytes). To handle that kind of magnitude, we were the first VFX company in North America to use the Microsoft Azure cloud rendering service.”

The most complex sequence was the giant fight, where Hellboy fights not one but three giants (Sword, Club, and Axe Giants).

“The filmmakers wanted this scene to appear as one shot,” says Cooper. “We created a full 3D environment for the middle section of the fight, that had to match the beginning and the end parts that they had shot. They had various different angles of Hellboy, and then it was our job to figure out how all the ‘puzzle pieces’ fit together, how to make Hellboy’s movements as he jumped around, look like one seamless shot. We ended up cutting it into three major sequences, but it was still huge, with the longest shot being over a minute and a half long.”

Hellboy’s three adversaries in the fight are complex creatures, that had to move like giants and feel giant-size. MR. X decided to shoot the motion capture at double speed, and then slow it down so that the giants had a lumbering weight to them, giving them the right scale while still moving at the right pace.

Hellboy was one if not the biggest opportunity for creature work MR. X has had to date. In addition to the three fighting giants, there are creatures such as Hellboy’s were-jaguar friend Daimio; and the warthog-like Gruagach he fights inside St. Paul’s Cathedral, one of the huge environments created by MR. X. Another was creating hell on earth, as hell demons and dragon come up out of the lava-turned Thames River in London.

“This is like everything we’ve done before x 100,” concludes Cooper. “The super long shots and all of the action and fights, the interactivity with Hellboy actor David Harbour, his stunt double, and all the other characters and creatures. Overall, we probably had over 100 people working on Hellboy at one point or another. The entire team was just incredible.”

Watch the trailer as all hell is unleashed in Hellboy.