Sense8 – An Immersive Exploration of Transmigrating Souls in the Modern World

The Wachowskis have always pushed the boundaries of narrative, and for Sense8, working with a team of filmmakers that included writer J. Michael Straczynski, director Tom Tykwer, director James McTeigue, and director-VFX supervisor Dan Glass, the Wachowskis have created a stunning science fiction opus. 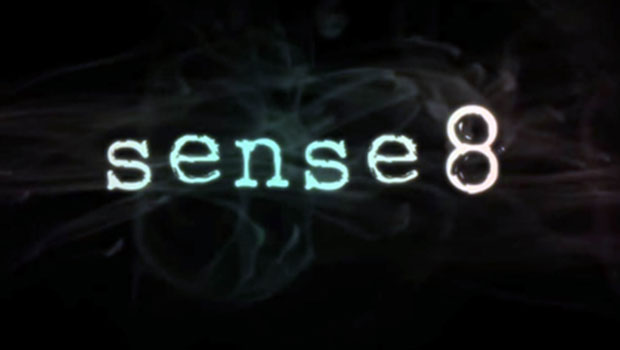 Developed specifically for the booming OTT streaming market, the narrative follows the lives of eight central protagonists whose intertwining stories continually escalate over the course of 12 one-hour segments. The project is unprecedented in its scale and complexity: the equivalent of seven feature films of finished content- Sense8 was conceived, produced and finished using a purely theatrical model, at 4k resolution, that was executed as a single “non-episodic” 36-reel movie.  With that basic mandate in mind, the project was assigned Technicolor’s theatrical front-end and color-finishing teams.

Managing a global production of this nature challenged most assumptions of how motion picture or broadcast productions and digital dailies could be handled. And, given the filmmakers mandate to not lock reels (as would be more typical of a “broadcast” production), the color-finishing on Sense8 required a dynamic workflow model that was both incredibly flexible and precise. In both cases, Technicolor teams delivered to the highest industry-standards that they’ve helped establish over the course of the company’s illustrious century-long history.

Principally photographed on the Sony F55, along with materials shot on Canon, GoPro, and Blackmagic cameras, the production traveled to eight distinct locations around the world (on five different continents), spending between two or three weeks at each location, including: San Francisco; Chicago; Mexico City; Iceland; London; Berlin; Mumbai, India; Seoul, South Korea; and Nairobi, Kenya. Each location introduces one of the series’ protagonists, and is ascribed a distinctive “look,” under the watchful (and multiple Academy Award-winning) eyes of cinematographer John Toll, ASC.

Over the course of principal photography, Technicolor’s on-location team deployed multiple units around the world, hopscotching ahead of first and second units, ensuring that the filmmakers captured their intended work, while Technicolor managed digital dailies and the archiving of massive volumes of recorded content. Stated David Waters, head of Technicolor On-location Services: “We’ve never had a show of this scale, with the logistical challenges of a Sense8. Our goal was to keep editorial (in Chicago) up to camera – even with the vagaries of little connectivity, and at times no electricity at various locations. We successfully kept all ‘data-verification’ current with production before we’d move our team. And, at the same time, we managed a uniform viewing experience for the filmmakers, handling all color-display calibration. The only way to describe this effort was massive.’” The mobile-dailies deployment was overseen by Technicolor’s Chris Van Duyn, while the company’s colorist Zander White managed the massive dailies color-grading work. The show was principally recorded in Sony 4K “raw.”

The basic mandate of the Sense8 post-production was that this visually complex project would be given a theatrical treatment. Technicolor producers Nancy Fuller and Denise Woodgard managed the theatrical workflow, from location, and onto Chicago-based production editorial. The filmmakers specifically wanted to finish the show on the DaVinci Resolve color-grading system.

Dustin tipped his hat to Technicolor’s on-location production team, stating: “Our on-set guys had a massive adventure with this thing.” Dustin described the intended “look” of the finished show as both real and surreal, with slightly elevated color-saturation. The brunt of the uniqueness of the production being handled as one massive “film” fell onto Dustin’s shoulders as the Wachowskis continued adjusting the un-locked reels up to the final days of delivery, adjusting for narrative continuity, look and tone. Delivery of the Netflix 4K master was just the first of a set of elements Dustin finished, including a 4K DCP for the San Francisco premiere in late May, as well as a 2K theatrical DCP for the filmmaking team’s personal archive.