Technicolor provides a multitude of post-production services (including HDR solutions) for the first blockbuster of the summer. 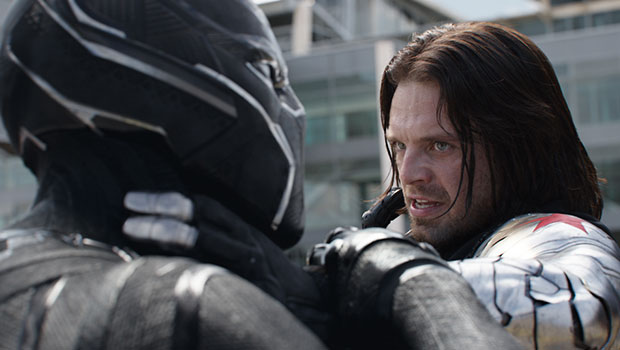 Directors Anthony and Joe Russo have created a well-heeled superhero film that has received some of the best reviews of all proceeding films in the Marvel Cinematic Universe (let alone the comic book movie genre) dating back to 2008. Following on the heels of their 2014 hit, Captain America: The Winter Soldier, the Russos have again produced a Marvel-Disney franchise blockbuster. From a script written by Christopher Markus and Stephen McFeely, which blends dramatic spectacle with legit emotion and humor, the filmmakers once again turned to cinematographer Trent Opaloch, who shot The Winter Soldier.

The Technicolor color-finishing team, led by senior supervising finishing colorist Steve Scott, worked with Opaloch, the Marvel team (producer Kevin Feige, and executive producer Victoria Alonso), and the Russos to provide final color-grading, digital intermediate services, mastering for a wide array of HDR theatrical deliverables, and HDR home masters. Given the vastly expanded set of deliverables to be produced, the Technicolor team, under the company's Head of Post Production Sherri Potter, and project producer Mike Dillon, created the largest array of elements for any film to date from Technicolor's Hollywood headquarters and satellite grading theatre on the Disney campus. Steve Scott noted the great joy of working with the Russo brothers whom, "Embrace the finishing processes, and create a wonderful environment to work within. Everything they do works because of an authenticity they bring to their various projects. And they get the very best out of everyone!"

The film was shot digitally on the ARRI ALEXA 65, as well as on the ALEXA and RED Epic cameras, natively in 2D, and later “dimensionalized” to 3D. The film's look was set by Opaloch, Marvel, and Scott based on very careful consideration of the Marvel characters’ dedicated color palettes. Producer Mike Dillon noted that with the advent of multiple HDR theatrical deliverables, based on the burgeoning group of high-end projectors being developed and deployed to the global exhibition community, those Marvel branded colors don't easily find their way onto the screens. "Until some uniform standards are set, it is a creative challenge -- with the solution resting in the creative domain and not within the technical side of this emerging projection landscape."

Scott explained that Captain America: Civil War features a look defined by, "Rich interiors, somewhat muted exteriors, but an authentic and not an overly-saturated look." When asked about the process of finishing a Marvel project, Scott offered, "It gets more and more refined every time out for the simple reason there is less time to deliver...but we face the same level of expectation for our quality and performance. So we continue to innovate solutions and processes that allow us to work in the most efficient manner possible, while not sacrificing any artistry or creative intent in the process." Specific to the HDR deliverables, Scott explained that the grading process for HDR is initiated at the beginning of grading processes working on those attributes of HDR right from the start." And while those creative decisions may not be seen or experienced in the standard dynamic range, HDR deliverables are 80% "finished" by the time the HDR pass is undertaken."

Colorist Charles Bunnag handled the film’s 3D (and other) theatrical grading work, along with Technicolor colorists Gray Marshall and David Franks. They were color-assisted by Juan Flores, Kevin Razo, and Ronnie Leidelmeijer. Home video deliverables were mastered by colorists Jason Fabbro and Darren Wooldridge, and overseen by producers Julian McDougald and Ray Horta.