The Strain and Technicolor

Technicolor injects sound and colour into the new vampire television series - The Strain. 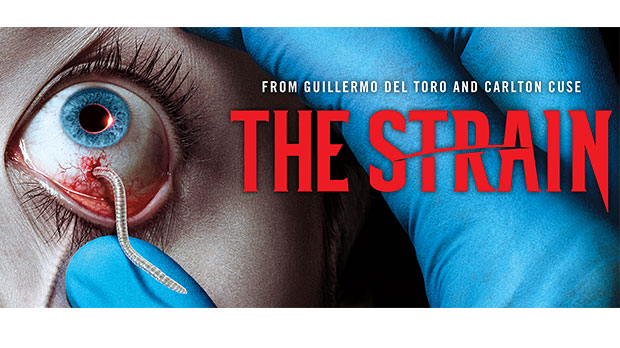 The Strain is an upcoming television series  based on the best-selling vampire novel trilogy from Academy Award®-winning filmmaker Guillermo del Toro and author Chuck Hogan.  FX Productions produces the series alongside award-winning writer and producer Carlton Cuse  as executive producer and with J. Miles Dale as producer.    The one-hour high-concept thriller tells the story of Dr. Ephraim Goodweather (Corey Stoll, House of Cards), the head of the Center for Disease Control Canary Team in New York City. He and his team are called upon to investigate a mysterious viral outbreak with hallmarks of an ancient and evil strain of vampirism.

The series is shot in Toronto and Technicolor provides an array of services , including on location services, dailies and complete picture and sound post.  Technicolor’s Rob Evans performs the final color correction.  “Guillermo  has an amazing talent at telling the story through imagery, both in colour and subtle details. The desired look for The Strain is very stylized.  The grade  is very moody with rich blacks,  a highly saturated colour palette with high contrast” explains Evans.

The Strain was the first project to use Toronto’s new AVID S6 console with Re-recording Mixers Frank Morrone and Mike Woroniuk.   “The audio nuances and subtleties I am hearing in the episodic mixes of The Strain are nothing short of feature quality that will certainly extend into all its distribution and format platforms.  Any show mixing on stages with these consoles and in the hands of skilled mixers working complex tracks, will exhibit a noticeable bump up in quality. The addition of these consoles and new speaker systems shows a significant commitment to audio post and sends a clear message that Technicolor is serious about creating and maintaining a second-to-none world class facility in Toronto.  What was great has now gotten even better”, said Richard J. Anobile, Associate Producer, The Strain.