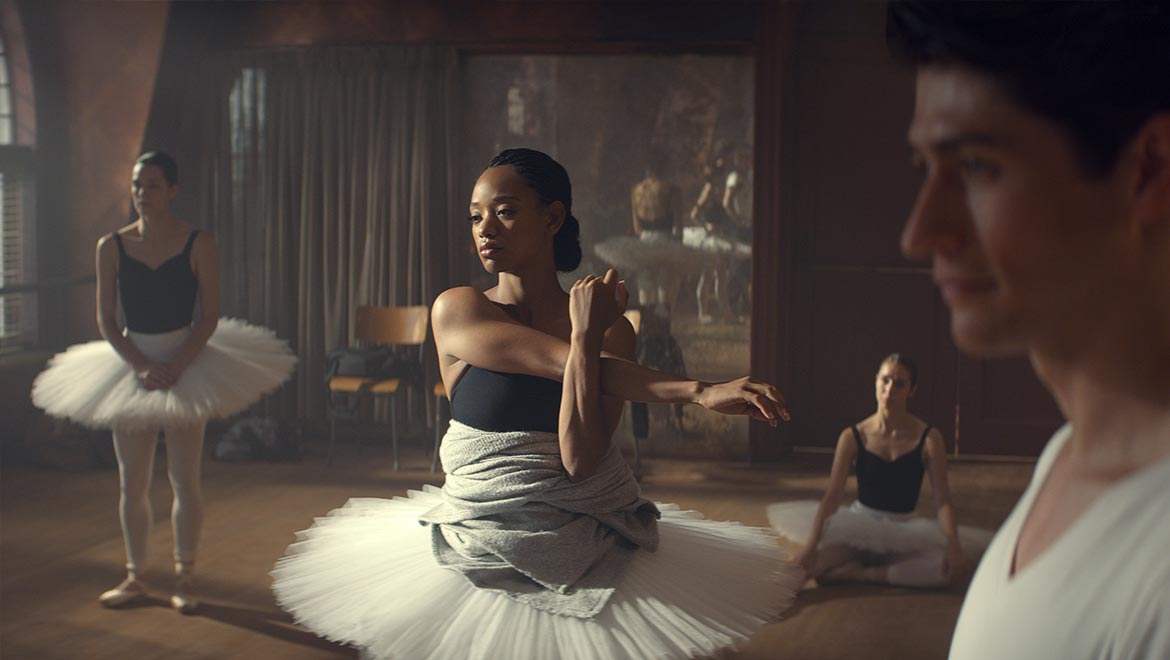 Tiny Pretty Things, the Netflix series based on the book by Sona Charaipotra and Dhonielle Clayton, takes place at a prestigious Chicago ballet school, where every dancer is both friend and foe who compete fiercely for coveted roles. The ten-part series comes from showrunner Michael MacLennan and stars newcomer and real-life professional ballet dancer Kylie Jefferson as the lead character Neveah. Other cast members include Designated Survivor’s Lauren Holly as ballet dancer Monique and Casimere Jollette (Divergent) as Bette. 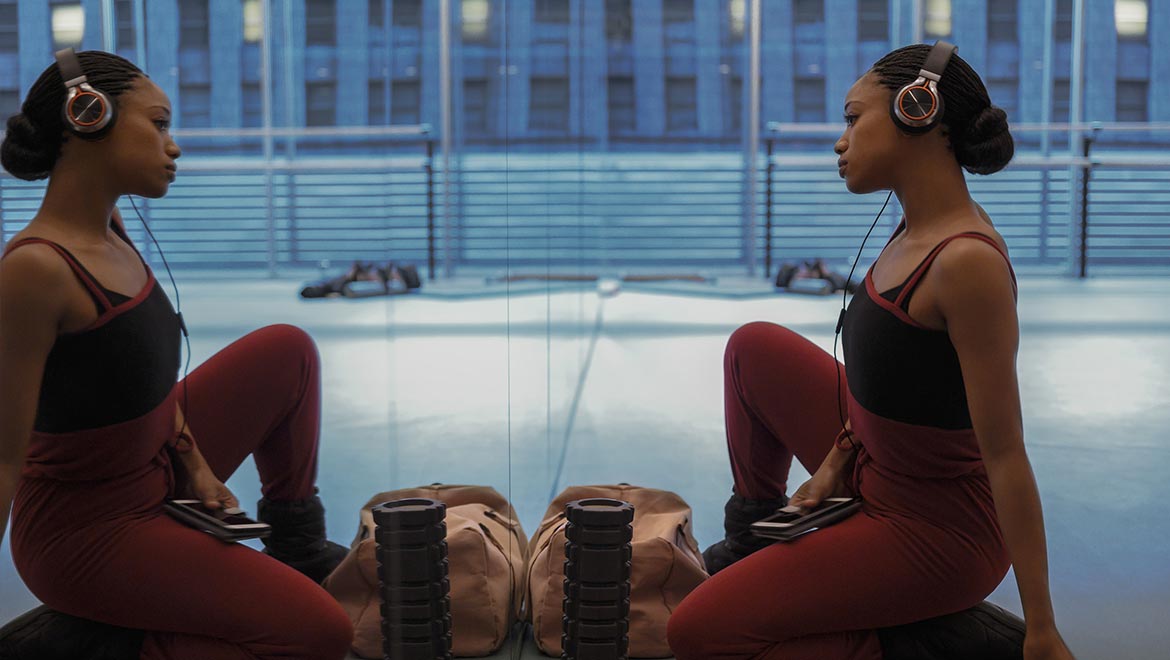 Technicolor Toronto was enlisted to provide complete post services for the series, including dailies, color finishing and sound mix using TechStream, while Technicolor VFX was the sole VFX house. Senior colorist Mark Kueper was brought on in the early days of production to set up dailies LUTS and review camera tests with cinematographer Luc Montpellier, CSC.  Principle photography took place in Toronto using the Panavision DXL2 at 5K and anamorphic lenses with an aspect ratio of 2.0:1, giving the show its cinematic look and feel.

“I would describe the look of Tiny Pretty Things as modern naturalism,” said Kueper.  “We wanted to keep the nearside darker than the background while still having clarity for the actors’ expressions.  This was accomplished by tracking and selectively lighting certain faces.”

Tiny Pretty Things was in post-production when the Covid-19 pandemic and subsequent lockdown occurred.  The series was one of the first to take advantage of  TechStream for their color grading sessions, allowing the team to have instant creative feedback and stay on schedule.

“I was very impressed with the whole system and how similar it is to how we work in the color suite,” said Montpellier. “The creative feedback and reaction of TechStream is real-time with very little lag, an important factor with the flow of creative ideas.”

Technicolor VFX was the sole vendor for the series, with Creative Director Kevin Chandoo and VFX Supervisor Alessandro Pantanella involved at the script stage.

“Getting involved early in the process is really beneficial for us as a team and for the client,” said Pantanella.  “We were able to support and truly realize the vision Michael had for the project while staying on schedule and on budget.“

The team delivered over 500 shots including a 270-degree rooftop view of Chicago that is seen throughout the 10 episodes.  The asset was shot using a 60-foot inflatable blue screen; plate photography was taken in Chicago using a drone unit.   The result is a day/night skyline that seamlessly integrates into the story.

“There are many ways to achieve an end result in VFX, but there are always choices combined with flexibility that elevate the shots, and Kevin and the entire team constantly thought outside the box to make the shots flow seamlessly within the show. The highest compliment: nothing looks like a VFX shot,” said Post Producer Julie Lawrence. “We had the time to really develop our plans and we discussed so many options and it shows. The end result is stunning – and the best part, we really had fun in an entirely respectful and collaborative process.”

The youthful and sophisticated sound style of the show was enhanced by Re-recording Mixers Mike Woroniuk and Paul Shubat.  While six full episodes were mixed before the pandemic, the team was quickly able to react to the closures and pivot their workflow to stay on schedule.  Once the sound team was able to get back on the stage in Toronto, TechStream was used to facilitate notes between Toronto and the showrunner and producers in Los Angeles.

“Working with Mike and Paul and the Technicolor team was an absolute dream.  These gents are more than technicians — they are artists,” said MacLennan.  “They come gifted with the highest of standards, a phenomenal ability to engage creatively, and the mad skills to exceed expectations at every turn.  It was such a pleasure for this stickler to sit through sound mixes and not only have relatively few notes, but to be consistently surprised and impressed.  The team are true collaborators who elevate the series at every turn.”

ATMOS further enhanced the mix, providing a huge speaker canvas for the team to explore.

“Being able to embrace the ATMOS platform really allowed us to create a fully immersive sound experience,” said Woroniuk. “The story melded dance performances with mystery and intrigue.  We leaned heavily into the ATMOS format creating depth and focus.  While the drama was unfolding on the screen, we would hint at the mystery by placing sound in our ceiling canopy and rear surround speakers, allowing us to be discrete and intentional while complementing the story.” 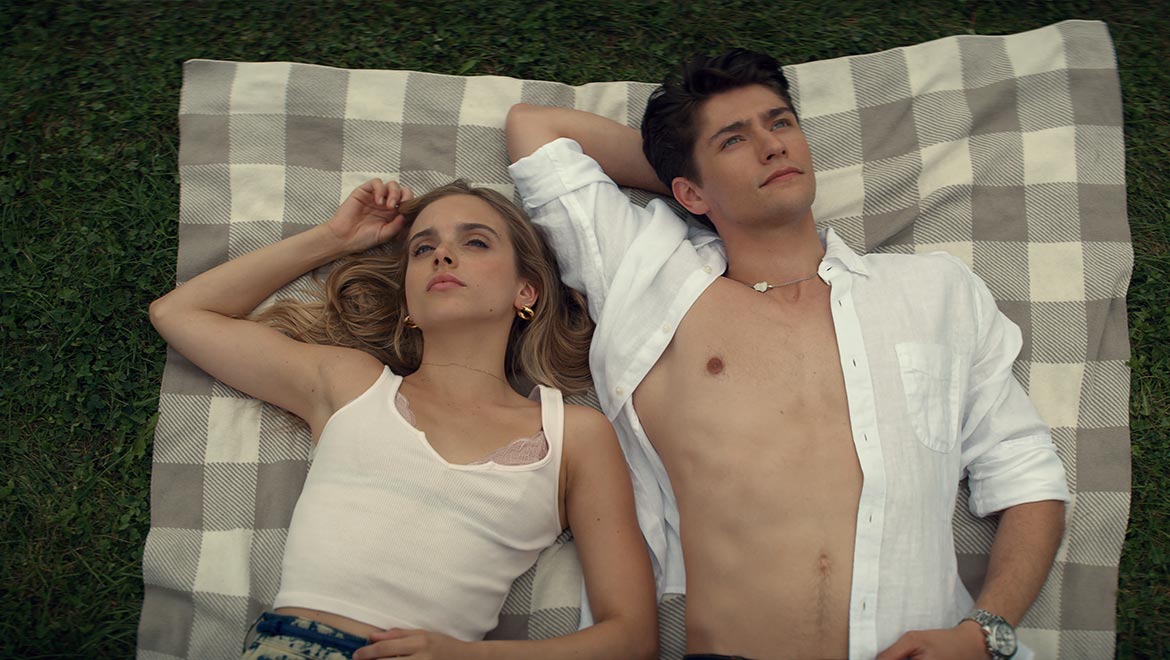