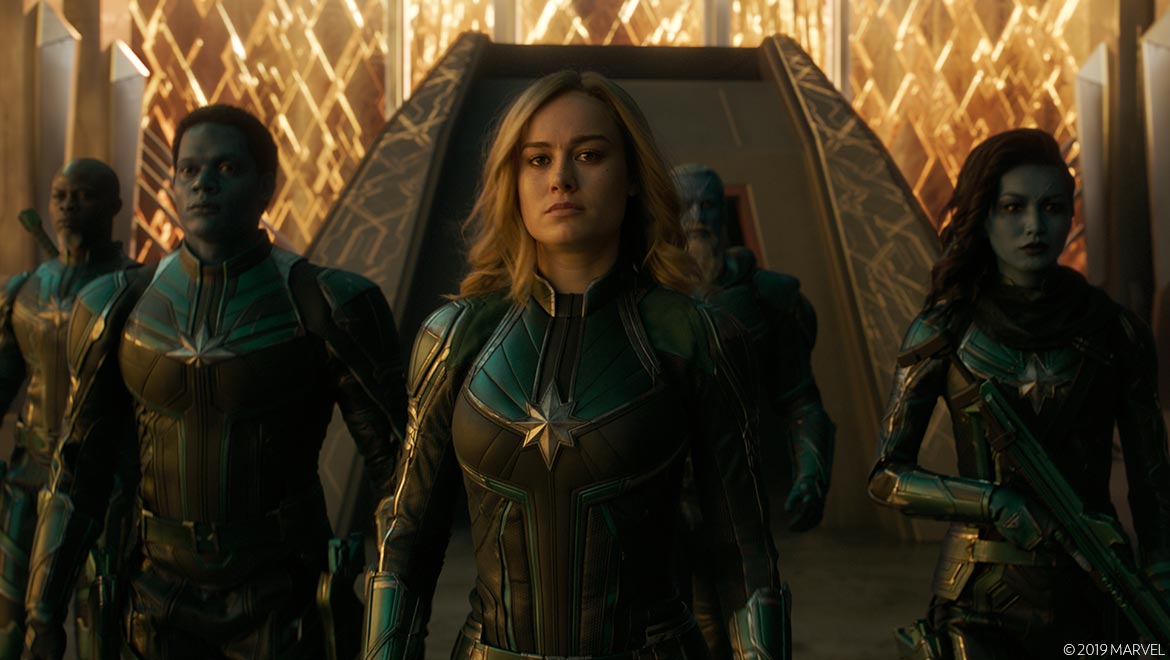 Brie Larson as Carol Danvers was positioned for superhero greatness at the end of Avengers: Infinity War – and there’s no question, she delivers. Captain Marvel is the biggest blockbuster of the year to date, soaring past $900 million in ticket sales at the worldwide box office and becoming the 10th largest comic book release ever, as reported by Variety.

The Technicolor OLS team was able to accommodate the production’s needs in multiple locations, including the Sony Lot in Culver City, the Disney Lot in Burbank, and their unit shooting in New Orleans. While keeping the production current on footage, they also maintained the requirements for extremely secure movement of data.

“Our engineer Chris Armstrong was instrumental in making sure that the entire dailies pipeline was well maintained at all times,” said Chris Van Duyn, VP Operations, On-Location Services at Technicolor. “With our dailies crew, along with the support of engineer David Graubard, we were able to keep their demands for security met while also maintaining very efficient movement of the data by working closely with Marvel security and technical teams.”

Though dealing with large format camera files inherent of A65 as well as DXL and RED Helium, the OLS team ensured a smooth and timely workflow that kept editorial on daily schedule.

For Senior Colorist Doug Delaney, it was his first time entering the MCU and an opportunity to work with VFX Supervisor Chris Townsend and the VFX team. “As a colorist, your role here is a little different,” said Delaney. “While you’re certainly contributing to the look of the film, your responsibility is to do so while respecting the visual world of the MCU. And as is important with all big VFX films, you’re also shepherding the amazing work of hundreds of artists through the color pipeline to the finish line, occasionally adding a touch of spice or salt where appropriate.”

“Being involved in the Marvel World is a great experience,” concluded Delaney. “You know you’re part of something special. Their films are always pushing the limits and the bar is very high. We at Technicolor strive to help raise that bar every time we collaborate with Marvel.”

See just how high the bar was raised in the her-oic trailer for Captain Marvel.