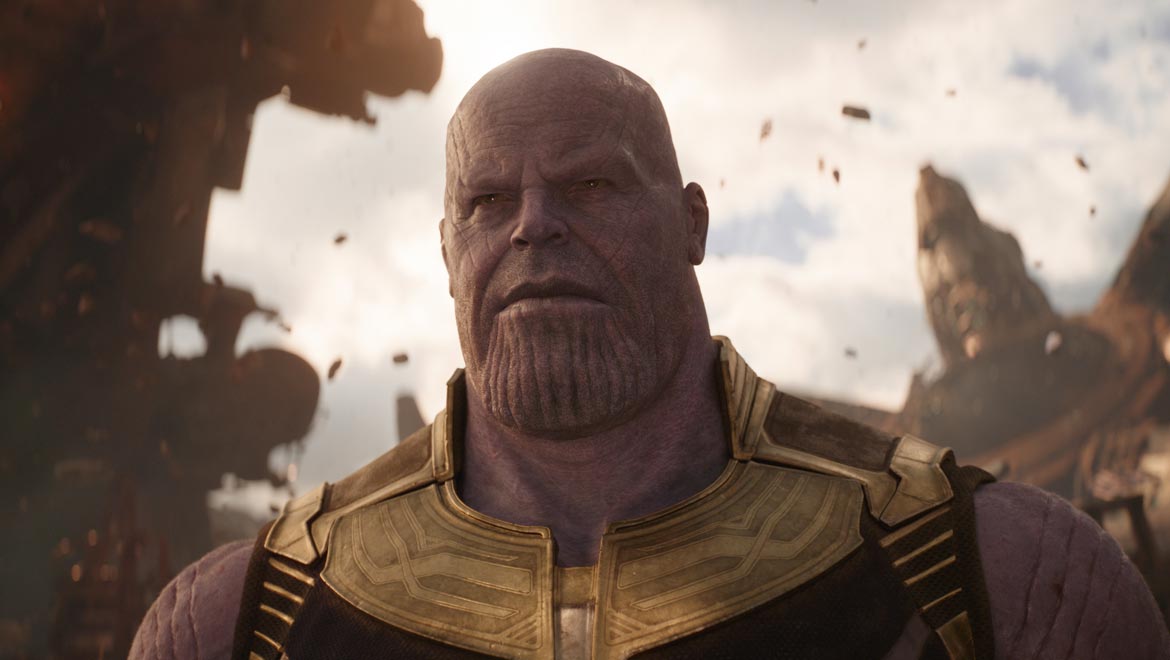 In what is being billed as the crossover event of the century, Avengers: Infinity War stars all your favorite superheroes from the Marvel Cinematic Universe, including the three Chris’s: Captain America (Chris Evans), Thor (Chris Hemsworth), and Star-Lord (Chris Pratt); Black Widow (Scarlett Johansson); Iron Man (Robert Downey Jr.); Black Panther (Chadwick Boseman); and Spider-Man (Tom Holland). Everything they stand and fought for has built to this moment – a challenge so big it takes all the Avengers coming together to combine their unique talents and superhero powers.

Like the premise of the feature itself, Avengers: Infinity War brought together an array of talent from across Technicolor – with the unique challenge to create a cohesive look that matched – and surpassed – past features spanning the MCU. “Avengers: Infinity War is the largest Marvel feature that we have tackled,” noted Mike Dillon, Technicolor Senior Color Finishing Producer. “It is the biggest in scale of any Marvel feature yet. And it’s a huge cast, so one challenge was in making sure the characters are all integrated yet still shine on their own.” 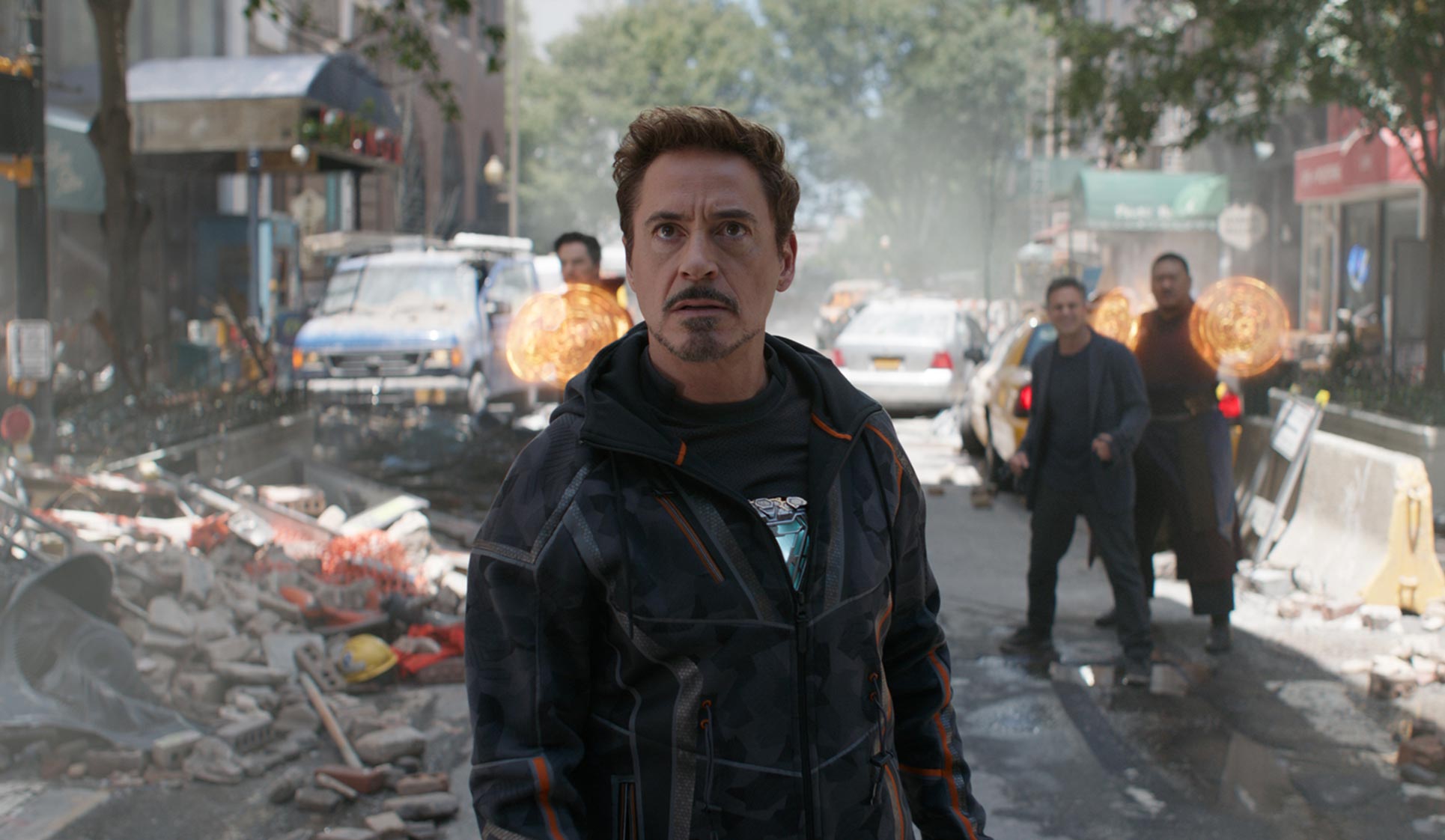 Once again, Technicolor Supervising Finishing Artist Steve Scott teamed up with brothers Anthony Russo and Joe Russo (Captain America: Civil War, Captain America: The Winter Soldier), working closely with the directors to achieve their creative vision while creating some dynamic looks along the way. With much of the action taking place in Black Panther’s homeland of Wakanda, one of the first missions was to create an equally warm environment (originally finished by Technicolor’s Maxine Gervais with director Ryan Coogler and cinematographer Rachel Morrison, ASC), which would initially tie the stories together but then transition to the darker look and elements of the unfolding Avengers narrative.

“On a feature of this scale, there are always going to be sequences that prove more challenging than others, especially in terms of continuity issues,” explained Scott. “These are the ones that are often given to the finishing team to solve, and it’s a specialty where we’ve built a lot of creative and collaborative trust.”

That’s because, along with Technicolor’s Charles Bunnag, Scott has a history with Marvel going back to their first independent feature, Iron Man, enabling him to cross-reference past work to create a cohesive experience as the epic story unfolds. At the same time, the work that came before provides a great jumping off point to explore a broader range and more fun looks.

“For all of us who were there at the beginning of the MCU, we’re seeing all these disparate elements coming together, into this grand story arc that we couldn’t fully understand until now,” said Scott, explaining the excitement of a new myth being created in our lifetime. “If you look back to its inception, you can see the brilliance of the story unfolding a little at a time with each new feature. It shows a deep respect for the audience, with the story maturing over time as young fans of the MCU mature along with it.” 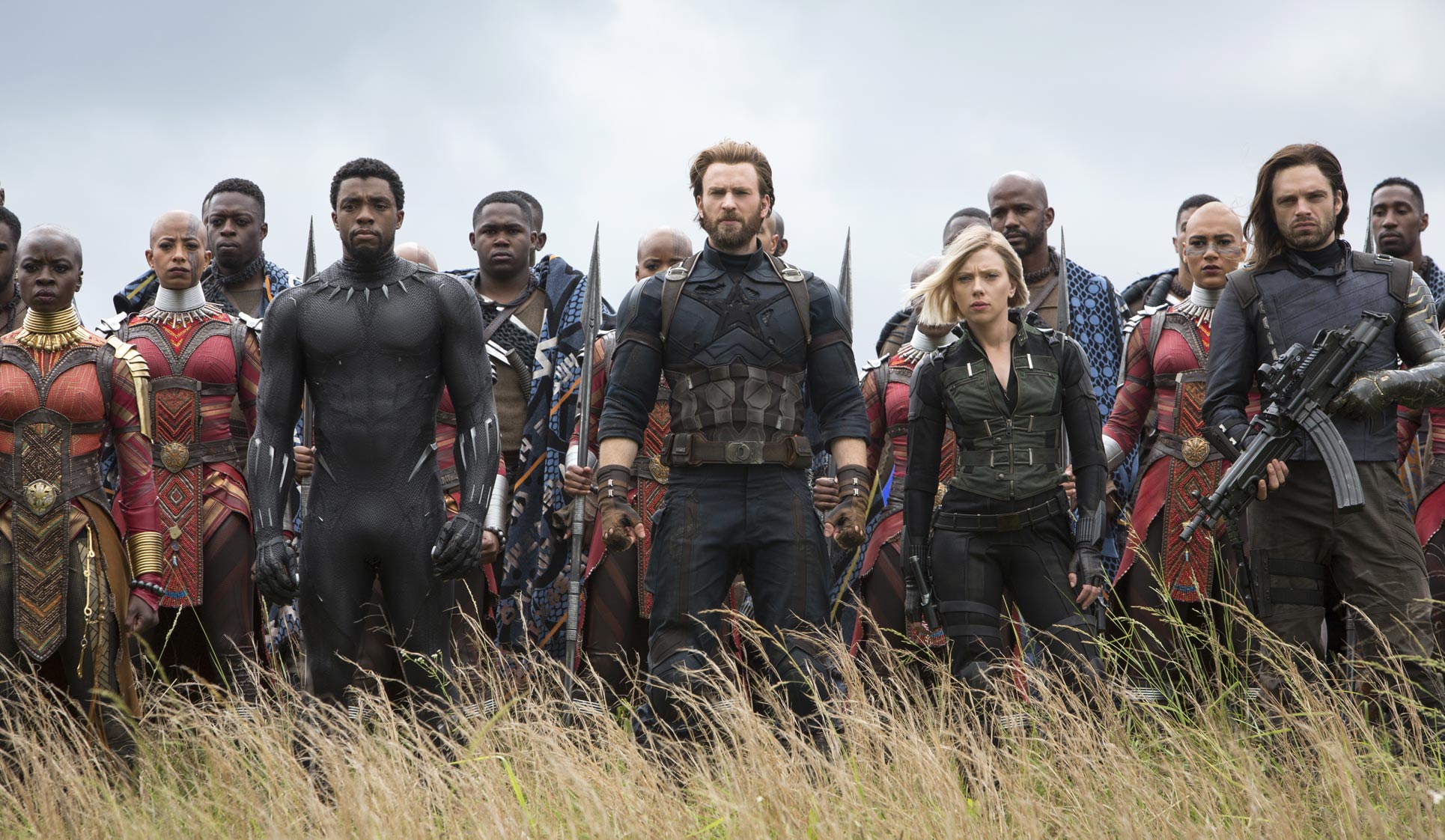 Of course, every project in the MCU, in topping the previous one, gets bigger and requires a more intricate workflow – and more visual effects. Avengers was no exception, exceeding Black Panther as that feature had exceeded Thor: Ragnarok. Under the VFX Supervision of Doug Spilatro, the Technicolor VFX team completed 49 total shots for the feature, including time warps, opticals, all digital makeup, and more. The team also worked with Technicolor Marketing Services on 63 shots for multiple trailers, bringing the total to 112. The work done on the trailer spots comprised editorial fixes, costume fixes, digital makeup, and a bluescreen comp.

A breakdown of Technicolor talent on Avengers: Infinity War follows.