A team of Technicolor senior colorists, VFX artists, and marketing services pushes the boundaries of storytelling in the much-anticipated Marvel franchise release. 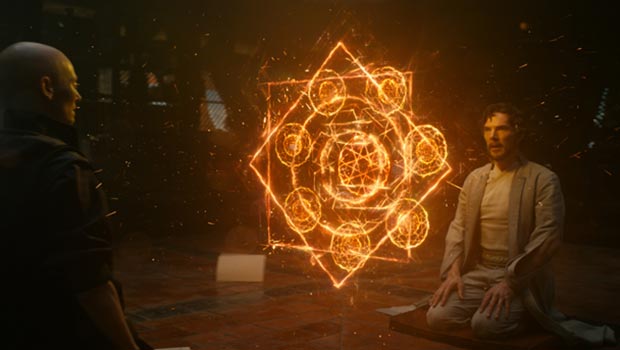 Doctor Strange, steeped in sorcery and mysticism, is perhaps the most magical Marvel Studios film to date.  Always pushing the boundaries with bold and psychedelic art,  the printed comics’ stylistic legacy has been faithfully translated to the screen with a stunning color palette, and it’s no surprise that Technicolor was heavily involved in making sure it lived up to audiences’ expectations.

Doctor Strange reunited Scott with director Scott Derrickson; however, this was Derrickson’s first exposure to an HDR grade on one of his own projects. Scott noted, “how cool it was to introduce Derrickson to the wonders of HDR color-finishing and the amazing experience of seeing one’s work projected in HDR,” – and then to hear the director proclaim upon seeing the results, “Wow, this is a whole different world!”

To help create this new world for the Marvel universe, Technicolor deployed a deep pool of colorists and creative talent, including masters of HDR grading Mike Sowa and Charles Bunnag. Together, they produced all the striking versions of the film, from EDR Dolby Vision, for 2D HDR theatrical engagements (Sowa), to the 3D deliverables (Bunnag) – including the IMAX 3D HDR version that was provided to IMAX’s Lee Wimer for final grading.

Rounding out the other leads on the project were Mike Dillon at the helm of Technicolor’s producing team, Stephane Ceretti supervising the film’s VFX artists and some 175+ VFX shots – and everything came together under Scott’s color-finishing team with a stylish look and eye-popping visuals that bring the film to its strange and glorious life on screen.