The Witches Flies High with Technicolor

Technicolor teams help reimagine beloved story for the screen through dailies, Pulse, marketing services, and a glorious color grade by Maxine Gervais as her team returns to in-facility post work. 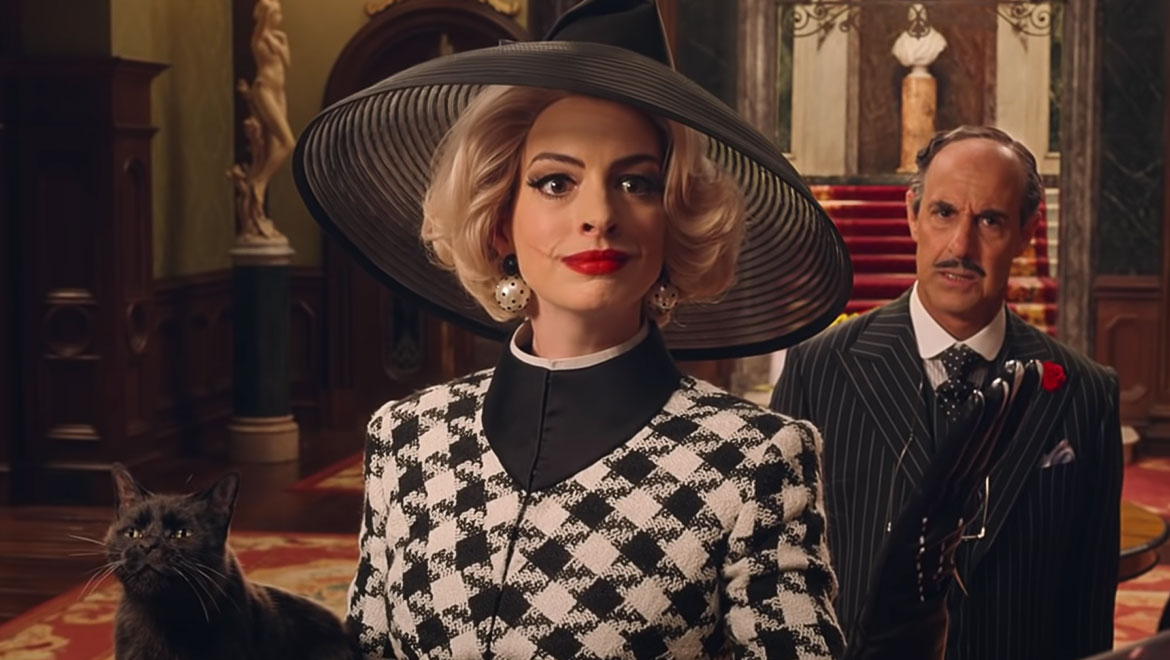 It’s always a good time for family time, especially when there is a delightfully scary new film to enjoy together. The Witches, directed by Robert Zemeckis and written by Zemeckis along with Guillermo del Toro and Kenya Barris, is a fresh new take on Roald Dahl’s beloved 1983 novel.

The imaginative, funny, and slightly frightening movie follows the story of an eight-year-old boy who goes to live with his grandmother after he becomes orphaned following a tragic car accident. While on a vacation to the English coast, they encounter a conference of real-life witches at the hotel in which they are staying. The leader of the coven, the Grand High Witch, presents a new product to rid the world of children, subsequently turning them all into mice. The feature boasts an all-star cast including Anne Hathaway, Octavia Spencer, Stanley Tucci, and Chris Rock.

Streamlining the workflow: Dailies and Pulse

Multiple Technicolor teams, including dailies, production platform Pulse, picture finishing, and marketing services, were enlisted to help bring the film to screen. With the film shot in London, the dailies were conveniently overseen by Technicolor’s team located there.

Utilizing Pulse in conjunction with dailies provided a streamlined workflow for the client. The in-house dailies, Pulse, and workflow groups worked together to ensure each step in the pipeline was successful, from editorial to VFX to finishing. Additionally, dailies became a smart system for metadata tracking and helped expedite delivery of VFX plates to vendors.

Explains Dexter Kong, Technical Manager, Front End Services Products and Workflow, “The Witches VFX Production team had worked with Technicolor previously, utilizing Pulse. Because of that relationship and that experience, we were able to work with them to integrate more robust features. The smart metadata system from our Dailies Lab allowed VFX plates pulled via Pulse to automatically include the accompanying VFX witness camera footage on a per-shot basis, along with scene/take information, saving valuable VFX production time.”

Working together on The Witches marked the reunion between Senior Supervising Colorist Maxine Gervais and cinematographer Don Burgess, who previously collaborated on 2010’s The Book of Eli.

Noting the trust he places with her, as well as the great images he provides to work with, Gervais explains the pleasure of working with Burgess again: “Don sets his shots very nicely, with lighting and lots of texture. The film also has such beautiful set design and costumes, so a lot of what I did was enhancing what was already in the image. The movie takes place in the late 1960s, so we enhanced the rich, lush colors as well as the pastels. I wanted to embrace what was already there, so my focus was on evening out the image, making sure everything was balanced, and enhancing the beauty of all the colors. I respected the natural tones that were set in-camera and embellished from there.”

In addition to reuniting with Burgess, The Witches marks a reunion with Gervais’ core team, consisting of colorist Jeff Pantaleo, editor Erik Kauffman and producer Nancy Fuller. As with most projects in production at the time, Covid-19 impacted the finishing process of the film. Luckily, the team was able to work in-facility, with a few tweaks to ensure everyone’s safety.

“This was the first movie I did coming back from quarantine,” said Gervais. “It was already shot and most of the visual effects were already completed, so the cut was pretty much done at that point. It was a little different because we didn’t have as many people coming in at once. We sent Zemeckis a DCP of the film to watch from the comfort of his own home, with Don Burgess to sign off on. Everything we finished in-facility almost felt more intimate in a way. We made sure everyone was comfortable and we limited the time people were in the room, but in no way did we limit the number of hours worked on the film.”

Marketing Services delivers a fresh look to the classic tale

Concludes Gervais, “For a lot of the team, it was the first return to post in the main room since quarantine. It is memorable because it’s a project that got the team back in the groove. I certainly hope it’s not like this forever, but it will always hold a place in my heart [as in]: ‘Remember when we finished The Witches and we were all masked up?’ It will definitely be a moment that links us all in the way we remember this time as a team, as peers, and as coworkers.”

The Witches is now available to stream on HBO Max.